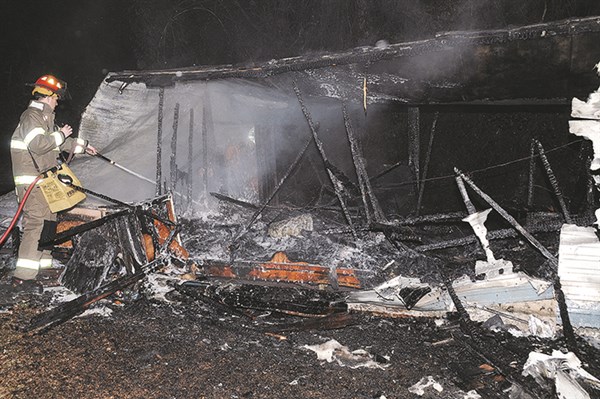 By DEUCE NIVEN
Firefighters were summoned to a mobile home just off of Bell Street twice Sunday night, just before 8 p.m. and just before midnight, and both times found the old single-wide filled with flames, Assistant Chief Jeff Fowler of the Tabor City Fire Department said.
An investigation into the cause of the fire is ongoing by the department and the Columbus County Fire Marshal’s office, Fowler said.
Rezell Jordan, who lives in a home in front of the mobile home, is its owner, Fowler said. No one was in the trailer when it caught fire.
Look for more on this story in the March 12 Tabor-Loris Tribune in print and online.
Posted in News