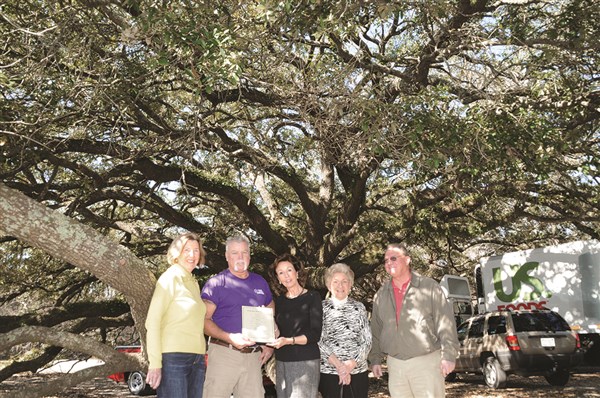 Standing majestically outside of Tabor City’s biggest restaurant, an old oak tree that pre-dates this city’s founding in 1905 was at the center of an Arbor Day presentation on Monday.
Dale’s Seafood’s commitment to preserving the big tree was recognized by the Dirt Daubers Garden Club ahead of North Carolina’s official Arbor Day on March 15.
Dirt Daubers President Gloria Rogers said that while the recognition might seem a departure from Arbor Day tradition, it was appropriate.
“You often think only of planting new trees on Arbor Day, but we would like to celebrate the untold value of preserving trees,” Rogers said during a brief presentation under the living canopy. “This tree has become a landmark for your business and our community.”
See the complete story in the March 12 Tabor-Loris Tribune in print and online.