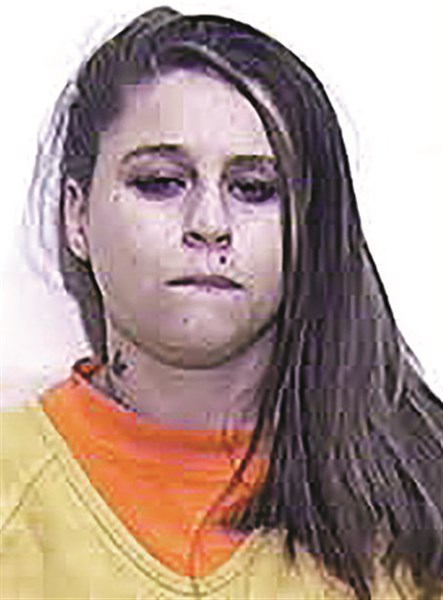 An assault charge followed the stabbing of a Tabor City man Sunday after he refused to hand over prescription medication to his girlfriend, a Tabor City Police Department report said.
Angela Nichole Phillips, 25, was charged with assault with a deadly weapon inflicting serious injury following the Sunday afternoon incident involving Christopher Dwayne Gattis, 25, reports by Officer Matthew Turner and Detective Sgt. Christopher Hilburn said.
Gattis told Sgt. Hilburn that he refused to give Phillips some Xanax pills, and that while he was laying on the bed she came into the room and stabbed him in the buttocks with a steak knife.
Taken by Tabor City Emergency Services ambulance to McLeod Loris hospital, Gattis was treated in the emergency room and released, the report said.
Phillips was arrested on a warrant obtained by Hilburn, and jailed at the Columbus County Detention Center in Whiteville without bond.
For much more on the Tabor-Loris Community police beat, see the March 19 Tabor-Loris Tribune in print and on-line.