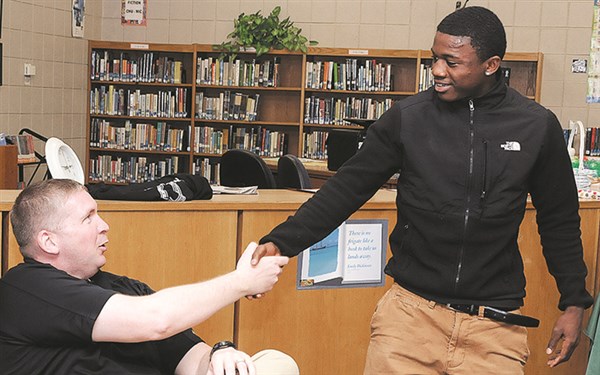 It will be months before an explanation is found for the sudden death of a South Columbus High School student on the Grand Strand during Easter weekend.
Jaqwan Cephus McGill, 16, of Tabor City, an active member of the 2013 Stallion varsity football team despite being just a sophomore last fall, collapsed at a North Myrtle Beach convenience store late Sunday, Chief Deputy Horry County Coroner Tamera Willard said.
McGill was unconscious when an ambulance arrived, and was pronounced dead at McLeod Seacoast hospital at 12:12 a.m. Monday.
An initial autopsy revealed nothing to explain the death, Willard said. There was no indication of foul play, simply nothing to reveal why he died.
“The autopsy report will be 12 weeks,” Willard said.

‘Good kid’
“He was a good kid,” former Stallion head football coach Jake Fonvielle said. “He was a running back, played quite a bit last year.”
Stallion players, in their jerseys, are planning to attend the funeral service, scheduled for 2 p.m. Sunday, April 27 at Deliverance Prayer Temple, 1795 Hwy. 9 East, Loris. See the obituary here.
For more on this story see the April 23 Tabor-Loris Tribune in print and online.