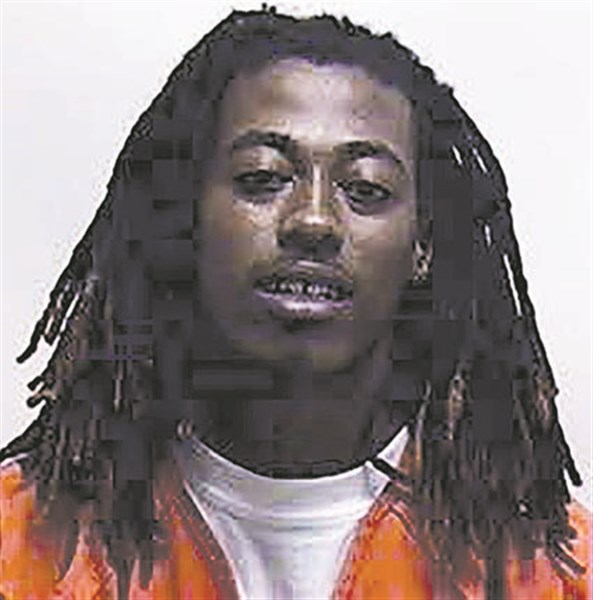 UPDATE, 12:40 p.m.: Dionn Julius Brown was wanted for a deadly armed robbery in Loris when he confronted law enforcement officers in Tabor City early Tuesday, and was killed by two Columbus County Sheriff’s Office deputies, District Attorney Jon David and Sheriff Lewis Hatcher said this morning.
Brown is also believed to be responsible for the murder of a man found dead inside a burning Tabor City home just after he was killed, David said.
Horry County, SC Police Chief Saundra Rhodes said her investigators obtained warrants Monday, charging Brown, 22, of Miller Road in Tabor City, with murder, armed robbery, burglary in the second degree, and possession of a weapon while in the commission of a felony robbery.
Detectives in Horry County learned that Brown was in the Tabor City area, and sought assistance from the Columbus County Sheriff’s Office in locating and apprehending him, David said. A search warrant and telephone subpoena was obtained by sheriff’s investigators, David said.
Officers from both agencies, the sheriff’s SWAT Team, and the U.S. Marshal’s Fugitive Task Force determined that Brown was in Tabor City, and “arrived in mass” after midnight, David said.
By just before 2 a.m. investigators had narrowed the search to 311 West 2nd Street, David said. As they approached the home, Brown fled as fire began to fill the squat one-story structure. Officers chased Brown on foot, through a wooded area, catching up to him on a trail just off of West 4th Street.
Brown fired on his pursuers, striking a deputy who was wearing tactical body armor.
“I attribute that to him being alive,” Sheriff Hatcher said.
Two deputies returned fire, killing Brown.
Because the shooting involved officers, both Hatcher and David asked the SBI to “conduct an independent review,” the prosecutor said, standard procedure for both agencies.
SBI agents responded, and were joined by agents of the federal Bureau of Alcohol, Tobacco, Firearms and Explosives on the fire scene, David said.
Investigators have not positively identified the man killed in the West 2nd Street fire, and don’t yet know if he died by fire or before flames got to him, David said.
An autopsy will be conducted to determine what killed him, and positively identify him, David said. Family members will be notified, once positive identification is made, before his name is released.
David said names of the officers who shot Brown will also be withheld, for now. Hatcher said both men are on paid administrative leave while the SBI reviews the case.
See the full story in the April 30 Tabor-Loris Tribune in print and online.

UPDATE, 9:39 a.m.: Two men are dead, one in a house fire that appears intentionally set, the other in an officer involved shooting that took place two blocks away.
An autopsy will be required to identify the badly burned body recovered from a West 2nd Street home, Assistant Columbus County Corner William Hannah said.
Dionn Julius Brown, 22, of Miller Road, Tabor City, was identified by Hannah as the man killed in an exchange of gunfire on West 4th Street at about the same time the West 2nd Street home was found ablaze, Hannah said.
District Attorney Jon David said he and representatives from the Tabor City Police Department, Columbus County Sheriff’s Office, the State Bureau of Investigation, and the Horry County, SC Police Department will hold a news conference at 10 a.m. today and provide more details on these cases.

5:42 a.m. post
At least one person is dead and a Columbus County Sheriff’s Office deputy has escaped serious injury after being shot in a night of violence that left one home gutted by fire, police said early this morning.
At least one body was confirmed inside the West 2nd Street home that was ablaze when Tabor City Fire Departments responded to the 1:51 a.m. call, Capt. Russell Conway of the Tabor City Police Department said. Police believe that fire was intentionally set, Conway said.
At about the same time there was an exchange of gunfire on West 4th Street, two blocks away from the fire, Conway said. A deputy was shot, his body armor leaving him with no serious injury, Conway said.
Conway would not say what happened to the gunman who shot the deputy, because the State Bureau of Investigation will take the lead in the officer involved shooting case. Conway said that gunman is “not in custody.”
SBI agents were on the way to both scenes early this morning, with arson investigators assigned to the fire scene, Conway said.
Columbus County Sheriff Lewis Hatcher was on the West 4th Street scene early Tuesday, and said it would be some time before he was in a position to release any information.
Horry County Police Department detectives were seen on both the West 2nd and West 4th street crime scenes. It was not clear why, but that agency is leading the investigation into the armed robbery of the Hill’s grocery store in Loris, SC on Sunday that left the store’s assistant manager, Mack Norris of Tabor City, shot dead.
Look for more on this story as events warrant, here, and a complete wrap-up in the April 30 Tabor-Loris Tribune in print and online.