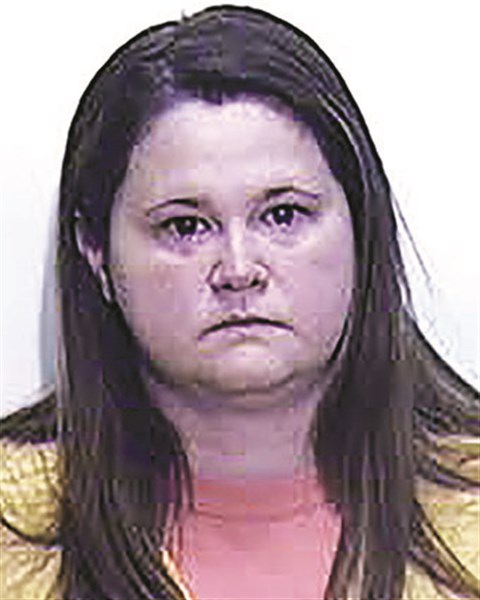 A church daycare worker in the Mollie Community has been fired and arrested after a five-month-old child was bitten Thursday, Columbus County Sheriff’s Office reports show.
Joni Smith McMillan, 36, of the 6000 block of Joe Brown Hwy, Chadbourn, was arrested by Det. Rene Trevino Monday morning, charged with felony child abuse inflicting serious injury and assault on a child younger than 12, Columbus County Detention Center records show.
McMillan was fired from Sweet As Home Preschool, a child daycare center operated inside Sweet Home Baptist Church on Walter Todd Road in the Mollie Community, a report by Deputy H.B. McMillan said.
Deputy McMillan and Joni McMillan are not related, Sheriff Lewis Hatcher said.
Joni McMillan was released a little more than an hour after she was booked after posting bonds totaling $50,000.

‘Did something bad’
Sweet as Home administrator Brandy Marie Benton, 34, told Deputy McMillan that she walked into the day care classroom at about 1:15 p.m. Thursday, after returning from lunch, and that Joni McMillan said she “did something bad.”
After Joni McMillan told the administrator she had bit a child, Benton “demanded Ms. McMillan to step away from the children” and checked on the child. “Benton stated she could see teeth marks” on the child’s forearm, the skin was broken, and there was a long scratch on the boy’s neck,” the deputy reported.
Benton told the deputy that she fired McMillan, and instructed her to “go straight to the doctor and get tested,” the report said.
Department of Social Services officials were notified of the incident, DSS Director Algernon McKenzie said Tuesday. State Division of Child Development and Early Childhood Education officials are looking into the incident, and the center’s response, he said.
For more on this story see today’s Tabor-Loris Tribune in print and online.