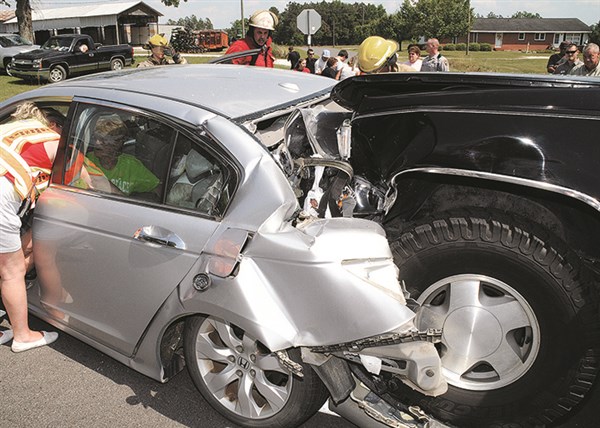 A woman entrapped in the back seat of this small car did not appear to have life threatening injuries following the 3:15 p.m. crash on U.S. 701 at Sidney-Cherry Grove Road Wednesday afternoon.
Williams Township firefighters used a cutting tool to remove the passenger side center post from the car, easing the woman’s removal from the crumpled car. Traffic was slow, but moving one-lane-at-a-time, as directed by fire department personnel.
The woman, the teen male driver of the pick-up truck, and several other women in the car were taken by Whiteville Rescue Unit ambulances to Columbus Regional Healthcare.
Look for details in the June 11 Tabor-Loris Tribune in print and online.