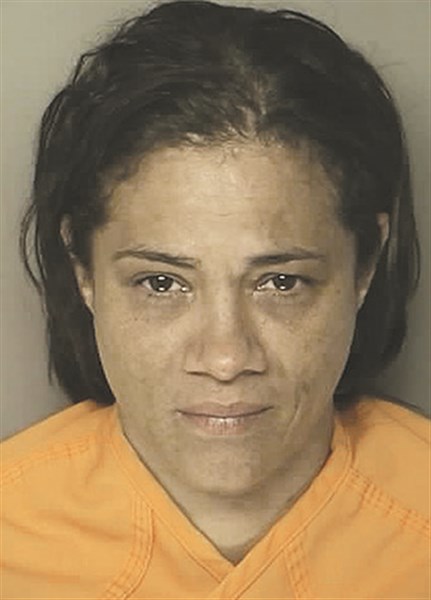 Two life sentences have been given to a Tabor City woman for the slayings of her elderly husband and his son, court officials in Conway said Friday.
Sandy Lee Locklear, 42, was found guilty of both murders at the conclusion of a two-week trial, and sentenced to two concurrent life sentences by Circuit Court Judge Benjamin Culbertson.
Jurors deliberated for about three hours before reaching their verdict late Thursday.
Prosecutors described the Aug. 19, 2012 shooting deaths of Amos Hatfield, 66, and his son Thomas Howard Hatfield, 40, as contract killings, part of a plot by Locklear to collect insurance money.
Odom Bryan Bryant, 24, of Tabor City, and Nehemiah James Evans, 29, of Nichols, are also charged with two counts of murder and burglary in the first-degree for the killings. Both are awaiting trial in the J. Reuben Long Detention Center near Conway, without bond.
Locklear was charged with the same crimes, and with filing a false police report. She called 911 about 4:30 a.m. on that Sunday morning, and told responding police that she had been sexually assaulted during a home invasion that ended with the murders of her husband and his son, a spokesman for the Horry County Police Department said at the time.
Locklear, at the time, had been living in a home Amos Hatfield had purchased for her on Fair Bluff Road in Tabor City.