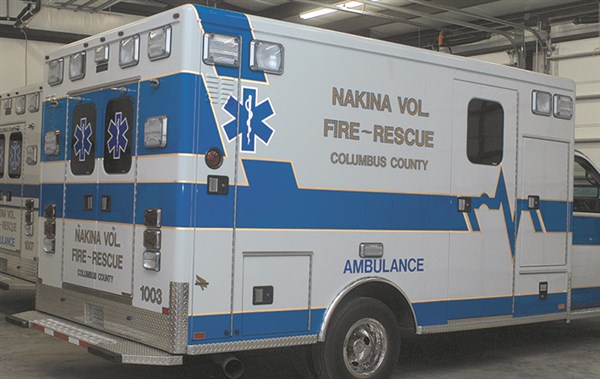 With the stroke of a pen a long-running dispute that had crippled the finances of Nakina Fire & Rescue has been resolved, its “old board” firmly, and legally in control of the department’s operations.
With both sides in agreement, a lawsuit pitting the “old board” against a “new board” elected in February 2013 was dismissed, “with prejudice,” County Attorney Mike Stephens told Columbus County Commissioners on Monday. That means neither side can bring the suit back to court, at least not with the same claims, Stephens said.
The dismissal order was signed June 2, Stephens said.
Nakina Fire & Rescue board chairman John Ward was present at Monday’s meeting, and said after commissioners adjourned that the department was running smoothly.
It was a much different department revealed a year ago, when commissioners and county leaders revealed that they had quietly been trying to mediate the dispute that fractured the department, and appeared to out long-term directors four months earlier.
For months commissioners and appointed leaders were unsuccessful in mediating the dispute, with newly elected directors frustrated by the old board’s refusal to leave, and old board members challenging the legitimacy of the Feb. 18, 2013 vote.
By last November the who matter was in the hands of the court, with members of the old board filing suit against the new board.
For more on this story see the June 18 Tabor-Loris Tribune in print and online.