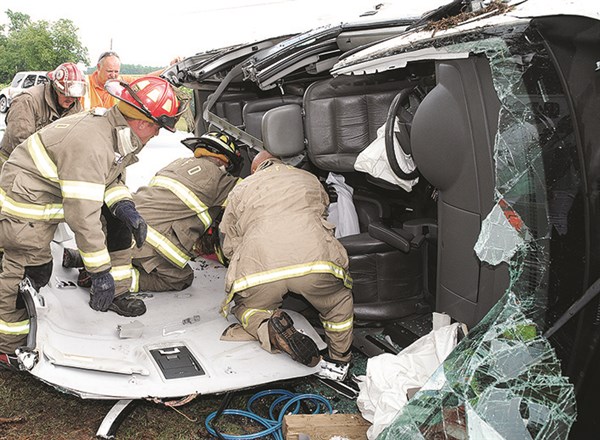 Three people in this mini-van appeared to escape life threatening injury when the driver lost control in heavy rain on U.S. 701 just north of Tabor City Tuesday afternoon, witnesses said.
Tabor City Fire Department personnel cut the roof away, allowing access to one woman who was entrapped. Another woman, and a man, were out of the van when emergency personnel arrived.
All three were taken to McLeod Loris hospital by a Tabor City Emergency Services crew.
An investigation by the North Carolina Highway Patrol was underway Tuesday afternoon. Look for more on this story in Wednesday’s Tabor-Loris Tribune in print and on-line.