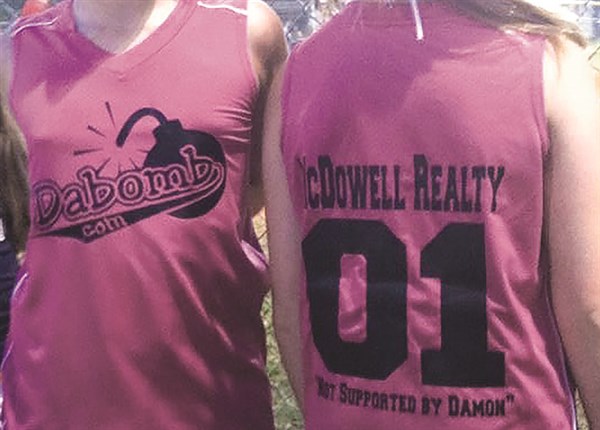 Leaders of a break-away girls softball team have asked Loris recreation leaders for permission to use city facilities.
Recreation Committee members were unable to make a decision during a Monday night meeting as they sought additional information about the Dabomb.com team and its leadership.
Parks and Recreation Director Damon Kempski brought the request to the committee. Connie Lewis, a parent of a Dabomb player, provided insurance documentation and a written request for permission to play on city property to Kempski. There were no Dabomb representatives at Monday’s meeting.
Dabomb was an outgrowth of the city’s Dixie League softball program, one that got off to a slow start because of low participation.
When the registration deadline of Feb. 28 passed, only nine players were signed up to play in the 8 and younger division. Kempski said he extended registration for two weeks, made calls to players and coaches, and succeeded in fielding a 19-member team.
But with few players taking part, a decision was made at the district level in March not to have an all-star team for that division. That didn’t set well with some parents and coaches, who formed Dabomb at the end of the regular season, and took those girls to Green Sea Floyds for a tournament.
Printed at the bottom of the back of the hot-pink jerseys were the words “NOT SUPPORTED BY DAMON”.
McDowell Realty was shown as a team sponsor on the shirts. Owner Harry McDowell, asked for comment on the slogan, said the issue “was over. Done.” He said he had not been aware that his office sponsored the team.
Team members continue to wear the jerseys, with “NOT SUPPORTED BY DAMON” covered.
For more on this story see today’s Tabor-Loris Tribune in print and online.