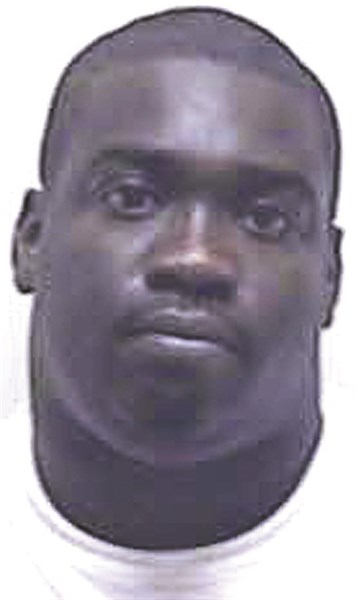 Killing a rival in the middle of the day on a street just a few blocks from Tabor City’s downtown business district will cost Albert Henry at least a dozen years in prison, up to 15.5, Superior Court Judge Doug Sasser ruled late Thursday.
Henry, 37, of Jennie Lane near Tabor City, had been on trial for first-degree murder in the June 15, 2011 slaying of Chadwick Allen Bellamy, 23, near his West 4th Street home.
Jurors ended seven-days of trial in Columbus County Superior Court in Whiteville with a guilty verdict of second degree murder and possession of a firearm by a felon. Assistant district attorneys Heath Nance and Chris Gentry prosecuted the case, lawyer Scott Dorman represented Henry.
Sasser sentenced Henry to serve from 147 to 186 months, 12 years and three months to 15 years and six months, in prison.
Trial testimony showed that Bellamy died of a gunshot wound to the center of his back. Investigators collected a dozen shell casings from the scene, former SBI Agent Nathan Smoots testified.
Bellamy was hit by two of nine shots Henry fired towards him, Smoots testified. Henry fired three shots into the ground at Bellamy’s feet.
John Collins Jr., a West 4th Street resident, testified that he saw both Henry and Bellamy, armed with pistols, on Bay Street, and that he shouted for the men to put their guns down.
Initially, the men did just that, then began a brief fist fight that ended when Henry grabbed both guns and began shooting, with Bellamy fleeing in the direction of his nearby home.
For more on this story see the July 16 Tabor-Loris Tribune in print and online.