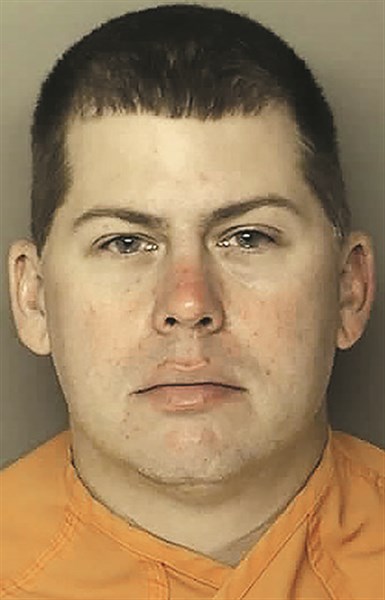 Kidnapping, assault and weapon charges were filed against an auxiliary police officer Wednesday, just hours after he resigned from the Tabor City Police Department.
Tommy Garland Lovett, 41, was denied bond during a hearing before a magistrate Thursday morning, Marion County Sheriff Mark Richardson said.
Lovett, of Nichols, is charged with kidnapping, assault and battery in the first degree, pointing and presenting a firearm, and possession of a weapon during a violent crime.
Lovett’s girlfriend told investigators that he struck her during an altercation Wednesday morning, held a gun to her head, would not allow her to leave her home, and threatened to kill her if she told anyone, Richardson said.
Graduating from Basic Law Enforcement Training earlier this summer, Lovett had been an auxiliary (unpaid) Tabor City officer for only 26 days, and only been on patrol briefly, Chief Donald Dowless said.
“He told me there was a problem, and submitted his resignation,” Dowless said.
Lovett called the issue a “misunderstanding,” Dowless said.
Look for more on this story in the Aug. 13 Tabor-Loris Tribune in print and online.