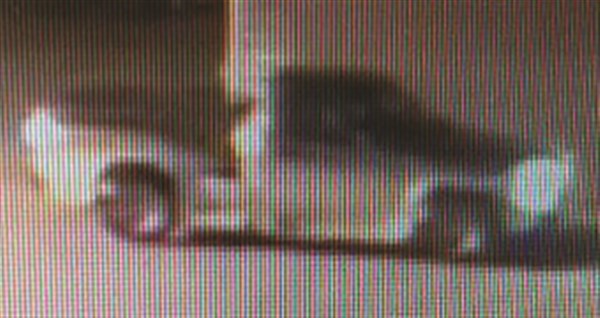 Can you ID this truck, seen in Pait’s Tractor surveillance video?

Three people in a pick-up truck drove through a fence at Pait’s Tractor here early Monday, and detectives are asking for help from the public to identify the vehicle.
Surveillance images appear to show a GMC or Chevrolet flare side pick-up truck, Det. Jason Soles of the Columbus County Sheriff’s Office said. Apparently two-tone in color, the bottom possibly pewter, the truck has damage to the rear passenger side, Soles said in a news release.
Thieves attempted to steal a Bennche 700X Utility Terrain Vehicle, but did not succeed, Soles said.
Anyone with information on the case, or who can identify the truck, is asked to contact the Sheriff’s Office at 910-642-6551.