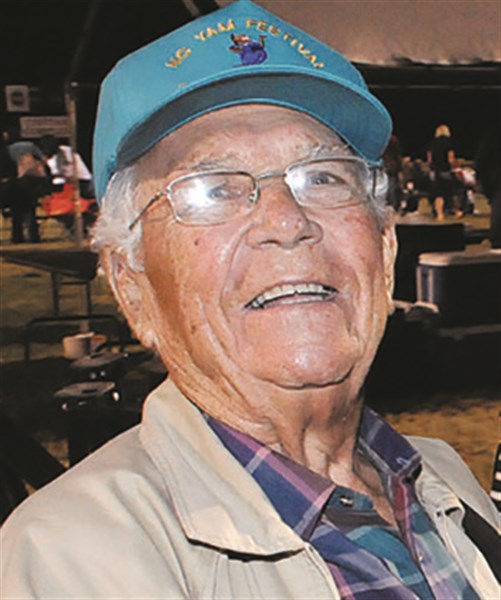 Winston Gore, one of just a few elder statesmen of downtown Tabor City commerce, died Sunday at his home, weeks after an apparent stroke caused him to lose control of his car in Pinehurst, leaving him in a Moore County hospital until family brought him home late last week.
Many who knew “Mr. Winston” may not have known his full name, Eddie Winston Gore, who was less than a month away from his 90th birthday when he died.
Mr. Winston and his wife Ina operated The Village Cupboard on Main Street for 46 years before her death in 2010. Though that business ended with Miss Ina’s passing, Mr. Winston carried on other business ventures and continued to drive, usually just locally, until he embarked on a trip to Pembroke, got lost and ended up in Pinehurst, said his granddaughter, Natalie Grainger.
Look for his obituary here, and additional information in the Sept. 24 Tabor-Loris Tribune in print and online.