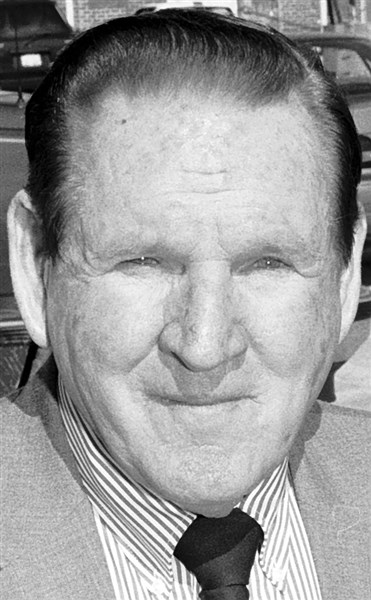 Former Tabor City Mayor and town Police Chief Bertus Carson “Pete” King died Wednesday near his home in Clinton. He was 85.
King died at Sampson Regional Medical Center in Clinton. He had returned to his former hometown following the death of his wife, Daisy Lee Thorpe King, in March.
He made Tabor City his home in March of 1984, hired as the town’s Police Chief about a year after resigning as a detective for the Sampson County Sheriff’s Office for “personal reasons,” he said at the time.
King served a single term as mayor, elected in 1993, losing a re-election bid to Nelson Lee in 1995.
King’s full obituary may be found here.
For more on the life and service of B.C. “Pete” King see the Oct. 29 Tabor-Loris Tribune in print and online.