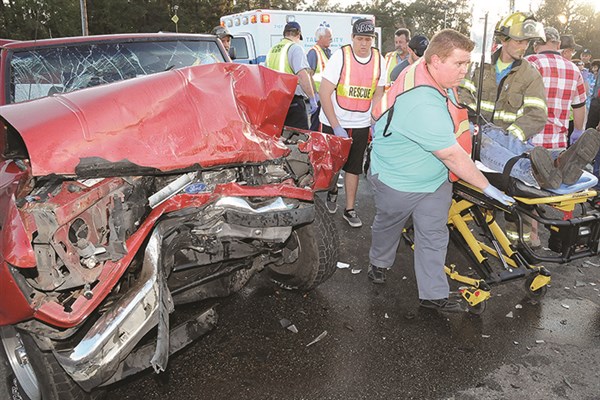 A late afternoon wreck in the heart of the Sidney community Thursday injured two men, prompting a request for a helicopter that could not be answered quickly.
Ambulances from Tabor City and Chadbourn carried the two men to McLeod Loris and Columbus Regional Healthcare respectively, with the second patient initially scheduled for a medical helicopter ride. That changed when the helicopter dispatchers told Columbus County 911 that the response would be more than 30 minutes.
Determining exactly what happened will fall to the North Carolina Highway Patrol, with an investigation underway Thursday night.
Look for more on the crash in next Wednesday’s Tabor-Loris Tribune in print and online.