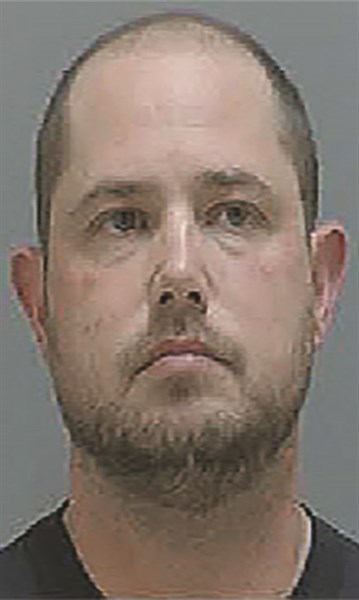 Criminal conspiracy charges that involve a robbery plan veiled in a cloak of terrorism have been filed against a Nichols man who was working as a Corrections Officer at Tabor Correctional Institution, a federal complaint shows.
David Lawrence Wallace Jr., 37, of Raft Street in the tiny eastern Marion County town, was arrested Nov. 17 and remains at the Darlington County Detention Center, jail records show.
A criminal complaint obtained by FBI Special Agent Jeffery M. Long on Nov. 13 accuses Wallace of “conspiracy to commit Hobbs Act Robbery,” a federal crime because it involves interstate commerce.
Wallace has been on personal leave with the prison at Tabor City since his arrest in November, North Carolina Department of Public Safety spokesman Keith Acree said Tuesday. He was hired in October 2012, and his current annual salary is $33,625.

Beheading planned
A complaint received Sept. 6 at the FBI Internet Complaint Center alerted the agency to the plot, the criminal complaint said. A fellow Army reservist told the FBI that Wallace had “approached him at drill and wanted him to participate in robbing an armored vehicle in Myrtle Beach sometime around Halloween.”
A former employee of Garda Cash and Logistics, Wallace knew the armored vehicle company’s procedures, the complaint said.
Part of the plan Wallace outlined in a conversation recorded by the fellow reservist included killing Garda branch manager Sam Strickland and his wife, Janette Strickland, beheading them to make the crime appear to be an act of terrorism, the complaint said.
Wallace told the fellow reservist that there would be $30 million in the Garda building, guarded by only one person during the weekend, that he would have codes for the alarms, and that they would use Sam Strickland’s keys to get inside.
For more on this story see Wednesday’s Tabor-Loris Tribune in print and online.