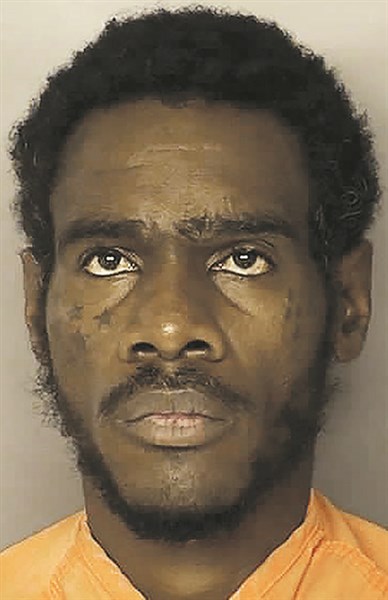 An arrest has been made in one of two Red Bluff store hold-ups last week, but not in the case where a store clerk was shot dead.
Joseph D. Hemingway, 36, of Loris was arrested Tuesday, Lt. Raul Denis of the Horry County Police Department said Wednesday. He is accused in the Jan. 2 armed robbery of the Dollar General in Red Bluff, charged with armed robbery, kidnapping, possession of a weapon during a violent crime, and possession of a firearm by a convicted felon.
Hemingway was held without bond Wednesday at the J. Reuben Long Detention Center near Conway.
Store clerks told police that a man pulled a gun after appearing to dig for some change while buying cookies in the store about 8 p.m. on Jan. 2, took money from a register, and fled.
That man returned to the store after the clerk fled to the rear of the store to tell a second employee of the robbery. That second employee was forced at gunpoint back to the front of the store, and made to open the safe, a police report said.
Fleeing from the store, dropping some of the money, the robber also dropped his gun, which fired, but did not hit anyone, the report said. A customer encountered the robber as she was walking in the store, and told police she heard the gunshot after the robber told her to get back to her car.
Police were at the Dollar General, investigating that robbery at about 10 p.m., when an employee of the nearby Sunhouse convenience store went to officers and reported a hold-up there that had ended in gunfire, a store clerk there killed.
Police are continuing their search for suspects in the Sunhouse robbery and the murder of Bala Gopal Paruchuri, 41. See the related story here.
Anyone with information on either of the robberies is asked to contact HCPD at 843-248-1520 or call the Tip Line at 843-915-8477 (TIPS).
For more on this story see next Wednesday’s Tabor-Loris Tribune in print and online.