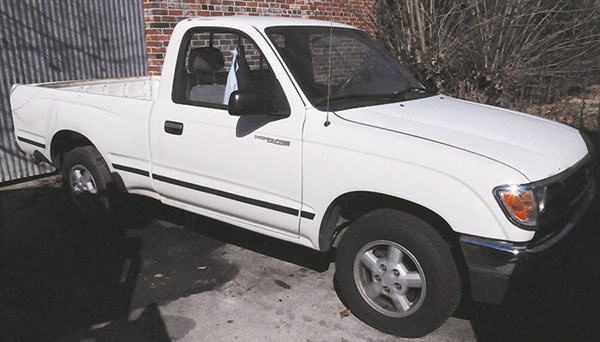 Police on both sides of the state line and the CUE Center for Missing Persons are seeking help from the public in the search for a Longs man last seen in Tabor City ten days ago, Lt. Greg Sibbett of the Tabor City Police Department said Friday.
Officials with the Wilmington based CUE Center are assisting law enforcement in the search for Danny Atkins, Sibbett said.
Atkins, 63, was last seen on NC 904 near Food Lion about mid-morning Tuesday, Jan. 20, Sibbett said. He was first noticed in Tabor City on the afternoon of Monday, Jan. 19, when his white Toyota Tacoma apparently became disabled.
Witnesses said they saw two men, one white and one black, helping Atkins push the truck out of the roadway at the corner of NC 904 and Complex Street, just outside the town limits.
“We would like to talk to the men who were helping push the truck,” Sibbett said. “They may can give us some idea as to Mr. Atkins state of mind or his condition.”
Other witnesses have reported seeing Atkins in or around the Food Lion, Sibbett said.
Atkins has “health issues that may cause him to become disoriented,” Lt. Raul Denis of the Horry County Police Department said in a news release Thursday of this week.
Atkins
was reported missing by his brother on Jan. 22, the same day the Toyota was impounded by the Columbus County Sheriff’s Office.
Sheriff’s Capt. David Nobles said the owner of the auto shop where the truck was left complained about it that morning, and that a deputy checked on the truck, ran the license plate through a national database, and finding nothing to indicate a problem ordered the truck towed.
“That was about 8 in the morning,” Nobles said. “We got a delayed ‘hit’ conformation on it about 3:30 that afternoon.”
Danny Perritte, who owns an auto shop not far from where Atkins truck was found, said he saw the man walking along NC 904 about 9:30 a.m. on Jan. 20.
I started to stop and check on him, but there was a car behind me and it looked like they did,” Perritte said.
Anyone with information regarding Atkins is asked to call the Horry County Police Department at 843-248-1520, the Tabor City Police Department at 910-653-3149, 911, or their local law enforcement agency.
Look for updates on this story, as they become available, here and in next week’s Tabor-Loris Tribune in print and online.