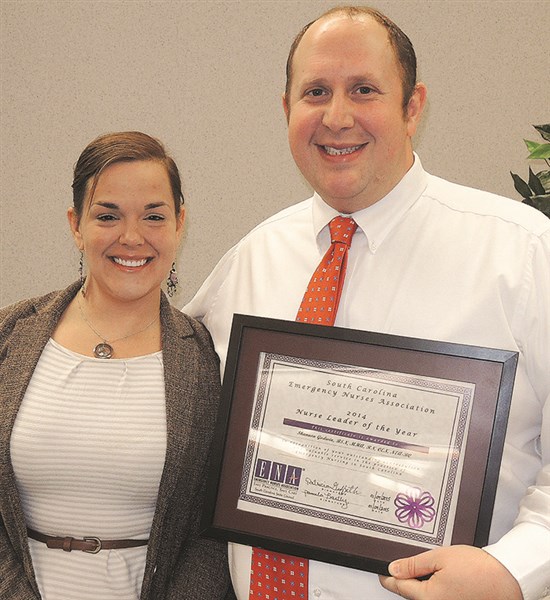 Shannon Godwin, BSN, MHA, RN, CEN, NEA-BC, Emergency Department Nursing Director for McLeod Loris, has been named Nurse Leader of the Year Award by the South Carolina Emergency Nurses Association (SCENA).
His efforts to encourage staff members to take advantage of SCENA services helped earn Godwin the award, a McLeod news release said.
“My nomination for Shannon was not only because of his dedication to his staff, but his dedication to the profession,” said SCENA Secretary Gina Carbino. “Shannon is one of the few South Carolina Emergency Department Directors that meets national guidelines for formal education as well as holds a national certification in his field.”
For more on this story see Wednesday’s Tabor-Loris Tribune in print and online.