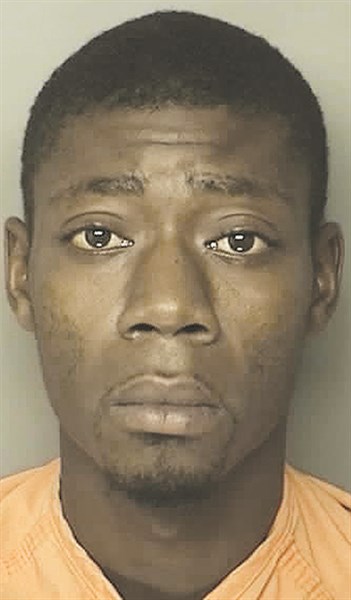 A double-murder for hire scheme born in Tabor City, carried out in the Red Bluff community near Loris, played out with guilty pleas from the last of three suspects on Monday.
Nehemiah James Evans, 30, of Nichols, entered guilty pleas to two counts of murder before Circuit Court Judge Larry Hyman, and was sentenced to concurrent terms of 30 years in prison for his crimes.
In his plea, Evans admitted to taking part in the scheme to kill Amos Hatfield, 66, and his son Thomas Howard Hatfield, 40, in their Red Bluff Road home on Aug. 19, 2012.
Trials for two other co-defendants ended in guilty verdicts for Sandy Lee Locklear, 43 and Odom Bryan Bryant, 24, both of Tabor City. Both are serving life sentences for their role in the slayings.
Though he admitted to taking part in the murder-for-hire scheme prosecutors said was hatched by Locklear, Evans on Monday denied being in the room when the two men were killed, execution style, Senior Assistant Solicitor Brad Richardson said.
For more on this story see Wednesday’s Tabor-Loris Tribune in print and online.