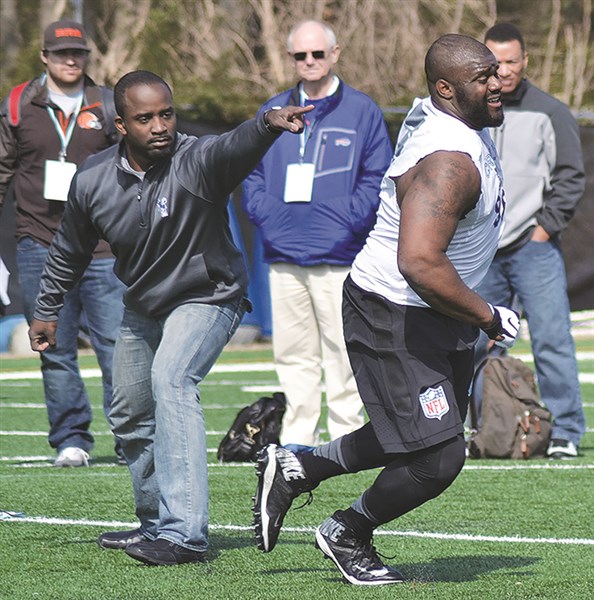 Ethan Farmer has lived much of his dream as a standout football player at the University of North Carolina at Chapel Hill.
Pro-Day on the UNC campus Tuesday may be a step in the direction of his long-term goal of playing in the NFL.
Scouts from virtually all of the 32-teams in the National Football League were on the Carolina campus, putting Tarheels through their paces, finding out if they might have what it takes to go pro.
“It went pretty good,” Farmer said after his tryouts were complete. “I benched 424, vertical jump was 26 and a half inches, broad jump was eight-feet, eight-inches. I don’t know yet about my other times.”
A 2010 graduate of South Columbus High School, Farmer has graduated from Carolina with a degree in communications. He’s looking forward, and looking back.
“I’ll be happy with any team that picks me,” Farmer said. “Any roster, it will be a dream come true.”
For more on this story see today’s Tabor-Loris Tribune in print and online.