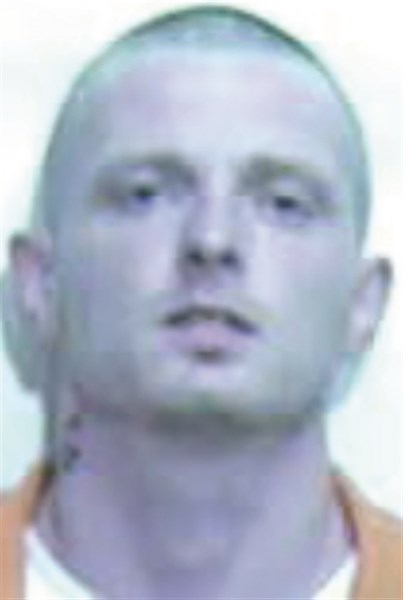 One of four men charged with killing a man during a violent robbery attempt at a Tabor City drug house more than two years ago was sentenced to life in prison Friday.
Christopher Frione, 31, of Pleasant Plains Church Road, was sentenced following a week-long trial, found guilty of all four charges against him, including the Oct. 8, 2013 murder of Lee Travis Wright, 20, a Chadbourn area resident.
Frione was also convicted of conspiracy to commit murder, attempted murder, and attempted armed robbery.
A mandatory life sentence was imposed by Superior Court Judge Doug Sasser on the murder conviction.
Also charged with the same crimes are brothers Darrius Dequan Hunter, 22 and Demoncrick Hunter, 25, of Golf Course Road, Whiteville; and Charles Thomas Little, 21, of Sandy Ridge Apartments, Whiteville.
Amanda Christine Calhoun, is awaiting trial on charges of accessory after the fact of murder. She is accused of helping three of the four murder suspects elude law enforcement.
Wright was a visitor in the Shug Norris Road home of Johnathan Elgin Long, 27; and his girlfriend, now wife, Brittany Norris Long, 20, on that early October evening.
Both Johnathan and Brittany Long testified that Frione was one of the armed men who barged into their home and started shooting just hours after Frione had been there buying prescription medication from Johnathan Long.
Wright and Johnathan Long were shot in an exchange of gunfire, with Johnathan Long shooting at the attackers, they testified. Wright stumbled into a bedroom and died. Johnathan Long was critically injured, and testified that he takes daily medication for pain and other problems resulting from his injuries.
Look for more on this story in next Wednesday’s Tabor-Loris Tribune in print and online.