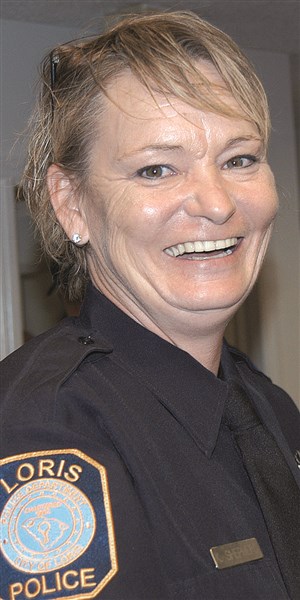 Karen Shepherd can strike two names from her title at the Loris Police Department, and replace it with one: Chief.
Loris City Council announced its decision after meeting behind closed doors with three finalists during Monday’s regular council meeting. Also considered were LPD Sgt. Richard Kostanek and Capt. Joseph Graham of the Mullins Police Department.
Shepherd, a department veteran and Lieutenant, was named Interim Chief as Joseph Vault retired from the post last summer. It was her second time taking the reigns of the department, her promotion erasing the words interim and Lieutenant from her title.
Shepherd gave credit to Vaught for her promotion.
For more on this story, and news of the week, see today’s Tabor-Loris Tribune in print and online.