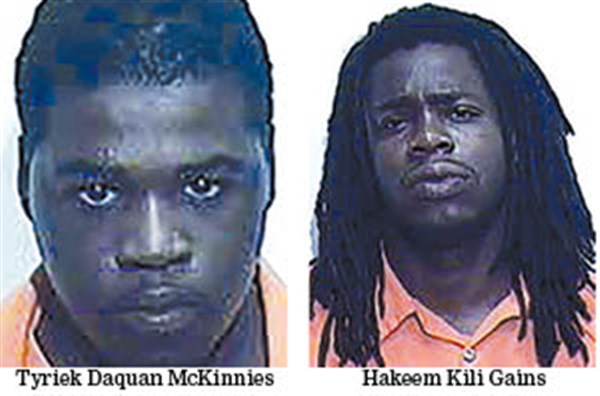 Two men have been charged in the slaying of a Clarendon area teen in Chadbourn last fall, State Bureau of Investigation spokeswoman Teresa West says.
Hakeem Kili Gains, 19, of Brown Street, Chadbourn, and Tyriek Daquan McKinnies, 20, of Clark Street, Chadbourn, were arrested by the SBI Monday, charged with murder in the Sept. 6, 2014 shooting death of Travis Lee Bellamy Jr., who was then 16.
“Both men are believed to have fired upon Bellamy,” West said in a news release.
Gains and McKinnies are being held at the Columbus County Detention Center without bond. This case was investigated by the SBI and the Chadbourn Police Department.
For more on this story see Wednedsay’s Tabor-Loris Tribune in print and online.