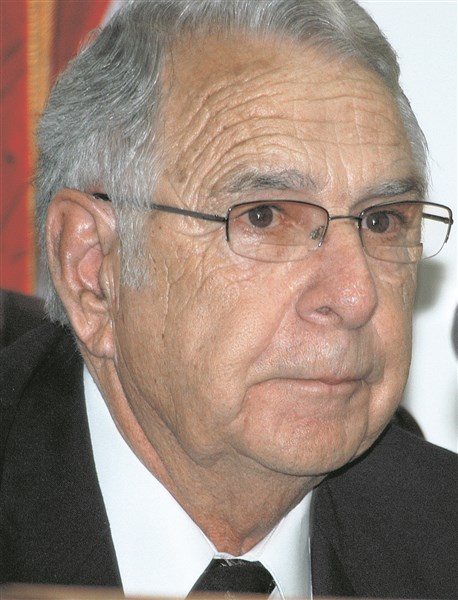 Lynwood Norris, who was North Carolina’s longest serving county commissioner when he chose not to seek re-election in 2012, died Saturday. He was 80.
Lynwood Norris ended his tenure on the Columbus County Board of Commissioners in November 2012, ending a career that began in 1980.
Norris was diagnosed with Parkinson’s Disease, his condition prompting his decision not to run for office in 2012.
“It’s sad that he’s passed away,” current Columbus Commissioner’s Chairman Trent Burroughs said Saturday. “He’d given his life to the county. He’s going to be missed, it appears he’s in a better place now with the suffering he’s been through,”
“I hate to leave,” Norris said on the day of his final board meeting. “I’ve been there so long, it’s like family.”
First elected in 1980, Norris said he never envisioned a long tenure of public service.
“I went in for one term and get out of there,” Norris said. “But people kept asking me to run. I’m proud that they thought that much of me.”
Norris also served on the Cape Fear Council of Governments from 1980 through 2012, all but the first two years as its chairman. He served for more than 20 years on the Cape Fear Water & Sewer Authority board, and 15 years on the Columbus County Hospital Board of Directors. He was named Tabor City’s Citizen of the Year in 2011 by the Greater Tabor City Chamber of Commerce.
Norris was retired from a land clearing business.
For more on this story see Wednesday’s Tabor-Loris Tribune in print and online.
Obituary information, when available, will be posted here.