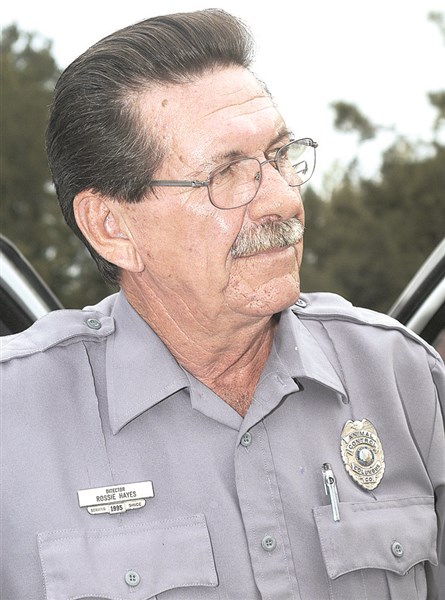 Allegations of misconduct by Columbus County’s Animal Control Director were fielded by county commissioners in public and private Monday night, through citizen complaints and a recently filed lawsuit.
Former Columbus County Sheriff’s candidate Calvin Tyrone Norton was among those complaining to commissioners about the conduct of Animal Control Director Rossie Hayes.
Norton was also named as a witness in the lawsuit filed by Anthony Lee “Bootsie” Vereen. Both men live in the Whiteville area.
Hayes and the County of Columbus are named defendants in the lawsuit which seeks actual and punitive damages for violations of “CODES AND STATUES (sic) of North Carolina.”
Filed Friday in Columbus County District Court, the lawsuit demands a jury trial, and alleges that Hayes conducted “unlawful euthanasia” of a pit bull dog that had already been purchased, failing to seek medical treatment for sick or injured animals at the Columbus County Animal Shelter, and releasing other pit bull dogs that had not been properly vaccinated.
Hayes was not present at Monday’s board meeting, commissioners said he was currently admitted to a hospital. Commissioners were briefed in closed session on the lawsuit by County Attorney Mike Stephens, and took no formal action.
Because the lawsuit is pending, Stephens said neither he, commissioners, Hayes nor any other county employee will comment on it.

Pit Bulls
Vereen, in the lawsuit, said Animal Control Officer Barry Hinson picked up to female pit bull dogs on May 19, and told the owner a 72-hour hold on the animals would expire on May 22.
Vereen said he arrived at the Animal Shelter at 9:30 a.m. on May 21, and after being told the shelter would not open until noon, he called Norton to join him.
Norton spoke with Hayes, who said “I killed one of the dogs on Wednesday due to a swollen face of apparently a snake bite,” the lawsuit said. Hayes response to questioning regarding medical care for the dog, the lawsuit alleged, was that he sought none.
“Rossie Hayes then begged me for mercy after Norton advised him that he was wrong for not examining the dead animal and questioned the policies, standards, and procedures of the 72 hours hold on stray animal clause, and why he did this to the animal without adequate knowledge of a disease, without a complaint that this dog has bitten someone or an officer, volunteer jail worker, or some sort, without a license vet opinion, without blood work, without treating antibiotics?
“Mr. Rossie Hayes at all times relevant has lied about the death of this dog, never sought medical attention for neither animals in question, unlawful killed the dog before the 72 hours have expired, failed and violated numerous north Carolina State laws and Codes of Animal Welfare,” the lawsuit said.
For more on this story see Wednesday’s Tabor-Loris Tribune in print and online.