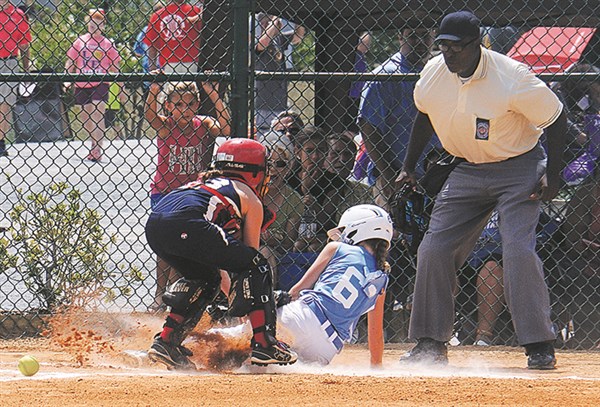 Bailey Clemmons slides into home to give North Carolina a run on the way to a 7-3 win over Florida in Dixie Girls Softball Angels X-Play World Series play. (Deuce Niven photos) 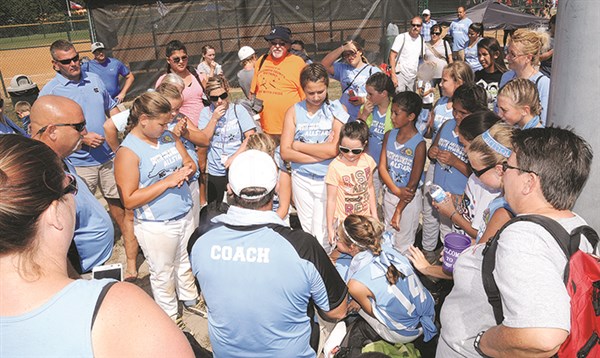 North Carolina State Champions South Columbus Angels (ages 9-10) came from behind to claim a 7-3 victory in the opening round of the Dixie Girls Softball Angels X-Play World Series in Carthage Saturday.
Florida scored first, three runs in top of the second inning, but the South Columbus girls shook off some first-inning jitters to even the score before the inning ended, and tacked on four more runs before the end of the five-inning game.
North Carolina takes on the South Carolina champions from Aynor in the second round beginning at 11 a.m. Sunday. South Carolina defeated hosts Moore County in the opening round.
Look for more on the tournament in Wednesday’s Tabor-Loris Tribune in print and online.