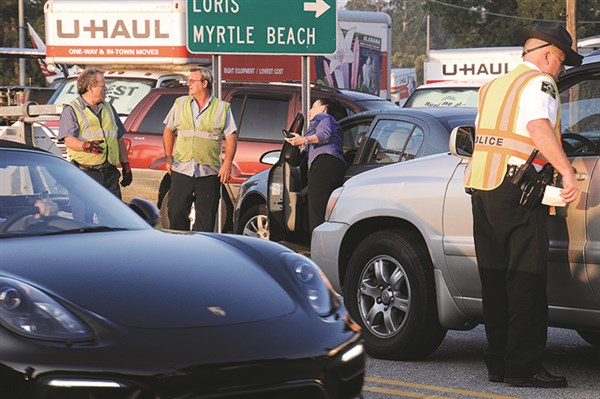 An early morning traffic checkpoint on U.S. 701 at NC 410 in Tabor City left several motorists walking, with vehicles seized because of unlicensed and/or uninsured drivers, Tabor City Police Chief Donald Dowless said. Involving most of the department’s officers, the checkpoint was part of a Governor’s Highway Safety Program initiative and the state’s campaign to curb impaired and otherwise dangerous driving, a special focus during the Labor Day holiday weekend. Law enforcement throughout the Carolinas will be paying special attention to the highways throughout the holiday period. For more on the effort see Wednesday’s Tabor-Loris Tribune in print and online. (Deuce Niven photo)