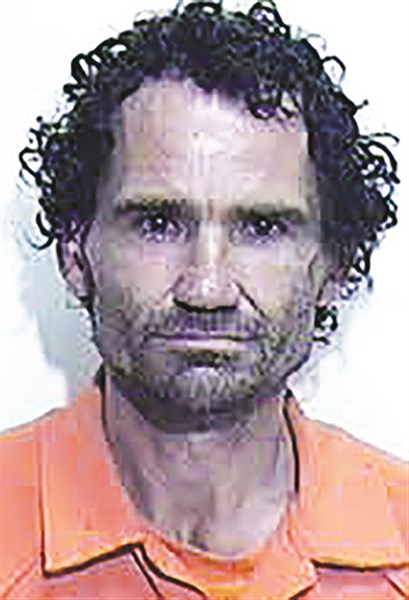 Law enforcement is looking for a man with a history of mental illness who may pose a danger to himself or others, Capt. Greg Sibbett of the Tabor City Police Department said Tuesday.
Ralph Aaron “Rock” Duncan, 43, was last seen by family in Tabor City on the morning of Sept. 3, Sibbett said.
“He told his dad that God had told him to go to the mountains,” Sibbett said.
Duncan was last seen walking on NC 410, towards Chadbourn.
“He has a history of Bi-polar disease and schizophrenia, and has been off of his medication for three months,” Sibbett said. “He also has a history of violence when off of his medication.”
Standing 5 feet 8 inches tall and weighing about 140 pounds, Duncan was last seen wearing a white button-up long-sleeve shirt, dress pants and white tennis shoes. He has brown hair and eyes, and when last seen wore a very full beard, Sibbett said.
Anyone with information on Duncan is asked to call the Tabor City Police Department at 910-653-3149 or their local law enforcement agency, Sibbett said.
Posted in News