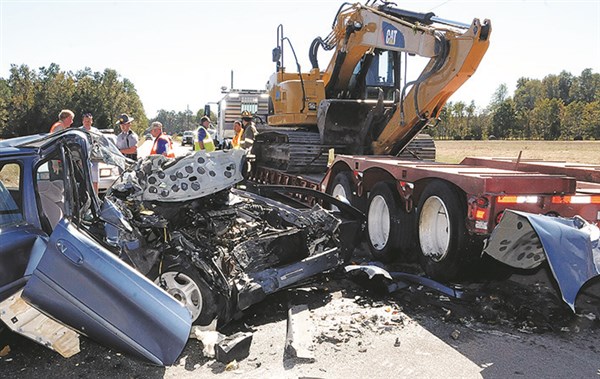 Family members said a Tabor City area man whose car slammed into the rear of an Horry County Public Works tractor-trailer rig hauling a full size backhoe was lucky to be alive.
That man was clearly hurt, but conscious as he was pulled from the mangled wreckage by Horry County Fire/Rescue and Tabor City Fire Department crews.
Alone in the car on Fowler School Road just south of Tabor City, it appeared the man did not see the big rig in front of him. There were no skid marks, and the impact was so severe a large portion of the hood was left dangling from a tail light on the big steel trailer.
Look for more on this story in next week’s Tabor-Loris Tribune in print and online.