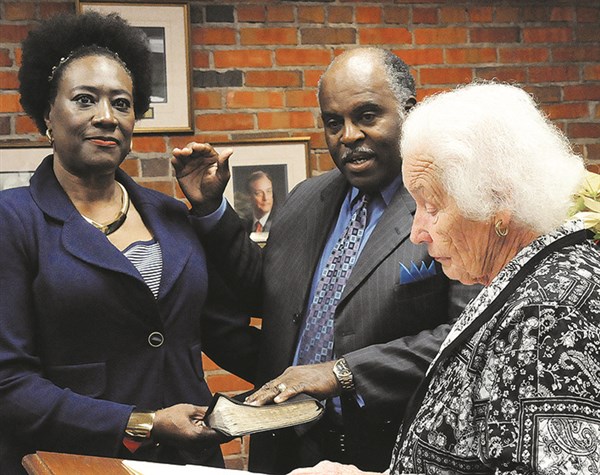 With his wife Veda holding the Bible, Henry Nichols was sworn as Loris’ new mayor before an overflow hall in council chambers at Loris City Hall Thursday morning.
Promising change that comes with the times, Nichols said citizens will see some improvements quickly, others over time, as he formally becomes mayor as the calendar page turns to 2016.
Martha Dorman, the City Clerk with nearly a half-century service, administered the oath to Nichols and council members Joan Gause and Michael Dozier, with the third councilman-elect, Jerry Hardee, absent as promised, choosing to continue service as the city’s fire chief.
Hardee did not learn until after the Dec. 1 election that he could not serve on council and continue his fire service.
For more on this story see Wednesday’s Tabor-Loris Tribune in print and online.