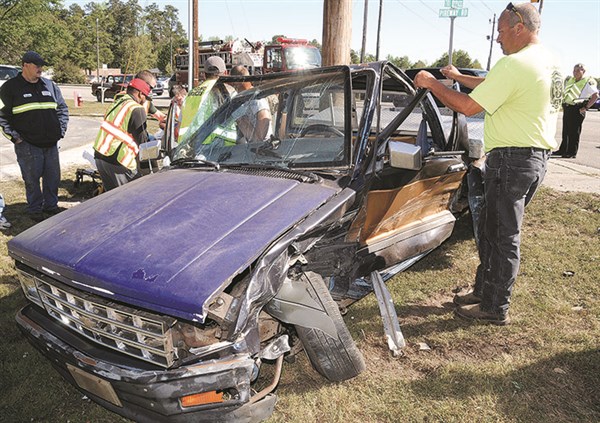 A mid-morning wreck at Tabor City’s busiest intersection sent a man and woman from separate vehicles to the hospital Monday.
Neither of those hurt appeared to have life threatening injuries, though the man was immobilized on a spine board for his ambulance trip to McLeod Loris hospital, and appeared to be bleeding from a head wound before he was taken from his badly damaged small pick-up truck.
Injuries to the woman, who was in a car, appeared less severe.
Southbound U.S. 701 was diverted as the wrecked car and ambulances blocked the highway. The pick-up truck was off the highway, it’s passenger side rear against a power pole.
For more on this story see Wednesday’s Tabor-Loris Tribune in print and online.