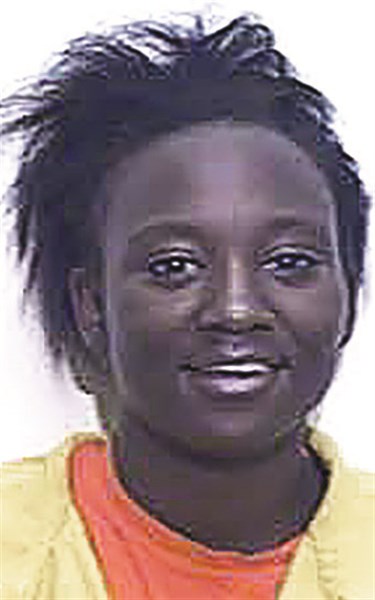 An apparently long-simmering dispute ignited with an intentionally set fire east of town early Thursday, a neighbor charged with arson and four counts of attempted murder.
Telesha Breoni Bellamy, 21, of the 5000 block of Swamp Fox Hwy East, was arrested just hours after the 6:25 a.m. fire was extinguished at the next-door neighbor’s home, Columbus County Sheriff’s Office spokeswoman Michelle Tatum said Friday.
Bellamy was jailed at the Columbus County Detention Center in Whiteville under bonds that totaled $700,000.
Victoria Denise Jenrette, 44, another woman, and two children awoke to fire in the laundry room of the single wide trailer, Tabor City Fire Chief Jerry Hodges said.
Columbus County Deputy Fire Marshal Josh Cartrette described the blaze as an “incendiary fire” that was set outside, and got into the mobile home. He would not elaborate on how the fire was set, citing the ongoing criminal investigation.
That fire was out before firefighters arrived, Hodges said, with the family able to douse flames that had smoldered in the small room, apparently unable to get fresh air.
Deputies have been called to mediate disputes between Bellamy and her neighbors several times in the recent past, Tatum said, though the nature of those disputes was not clear.
For more on this story see the April 27 Tabor-Loris Tribune in print and online.