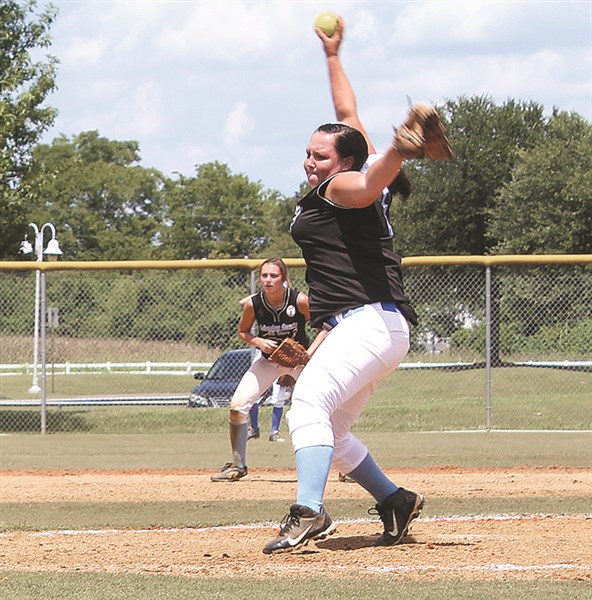 Ariel Sykes on the mound for Dixie Debs in Louisiana Saturday, above. Below, Riley Suggs tries to beat the summer heat, and Columbus County supporters who have made the long trip enjoy the game. (Melisa Sykes photos) 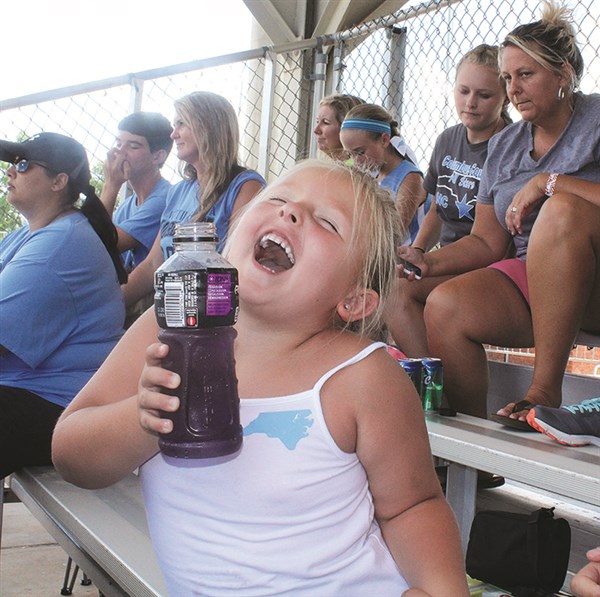 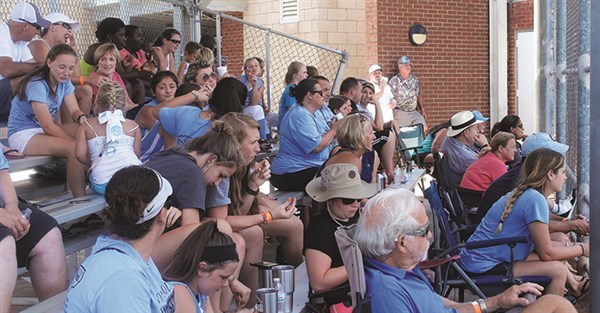 Sunday afternoon
Columbus County Dixie Debs claimed an 8-6 win over South Carolina in the second round of the Dixie Softball World Series in Alexandria, Louisiana Sunday afternoon.
A highlight for the Debs was Ariel Sykes’ over the fence home-run, her first ever.
Third round action for the N.C. Debs continues at 7:30 p.m. Monday, its opponent not yet determined.
South Columbus Dixie Angels, the North Carolina champions in the Dixie Angels X-Play World Series at the same location, will enter the third-round with a 5:30 p.m. game today against Aynor, the South Carolina champions.
Elizabeth Strickland pitched a no-hitter for the NC Angels, while Alexus Barnes scored her first ever over-the-fence home run in the game.
Look for updates here, and a wrap-up Wednesday in Tabor-Loris Tribune in print and online.

Sunday morning
South Columbus Dixie Angels claimed a 3-0 win over Virginia in the Dixie Angels X-Play World Series in Alexandria, Louisiana Sunday morning.
For the North Carolina champions, the win was vindication after a first-round loss to Texas in the opening round Saturday.
Columbus County Dixie Debs were slated to play a second round match against South Carolina at noon, following a first-round 6-3 win over Georgia on Saturday.
Look for updates here, and a wrap-up Wednesday in Tabor-Loris Tribune in print and online.

Saturday
North Carolina Dixie Debs, winning the state title from Columbus County, took a 6-3 win over Georgia Saturday in the opening round of the Dixie Softball World Series in Alexandria, Louisiana.
South Columbus Dixie Angels, the North Carolina champs, meanwhile suffered a 5-1 loss to Texas on Saturday.
Both teams continue in the double-elimination tournament Sunday, the N.C. Debs taking on South Carolina at noon EDST Sunday, the Angels playing Virginia at 10 a.m.