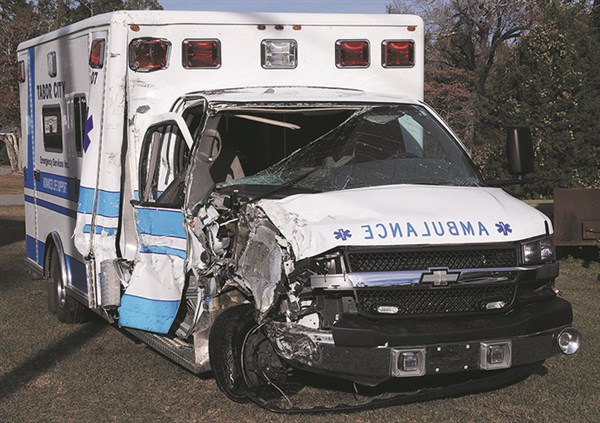 Tabor City Emergency Services Chief Darren Norris and his partner had just stepped away from their ambulance, on the scene of an auto crash on NC 904 west of Tabor City Tuesday morning, when a pick-up truck plowed into the side of the truck, crunching the cab where Norris had been moments earlier.
No one was hurt, Norris said, even the driver of the pick-up declined medical attention despite the violent impact that may have totaled both vehicles.
For more on this story see the next Tabor-Loris Tribune in print and online. – Deuce Niven photo