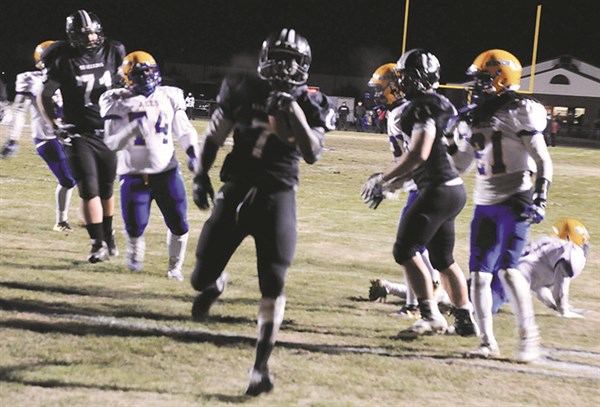 Aces were high as the Stallions of South Columbus High School stumbled in the Eastern 2A North Carolina High School football finals at Civitan Stadium Friday night, 50-14.
South Columbus scored first and last with the Aces of Edenton Holmes scoring in every quarter, small but quick a talented team often skirting around the Stallion defense.
The teams were tied at the end of the first quarter, the Aces up 37-7 at halftime, 44-7 as the third quarter closed.
Trequan Bellamy put the first points of the game up, crossing the goal line on this play.
Look for the full story and photos in Wednesday’s Tabor-Loris Tribune in print and online.