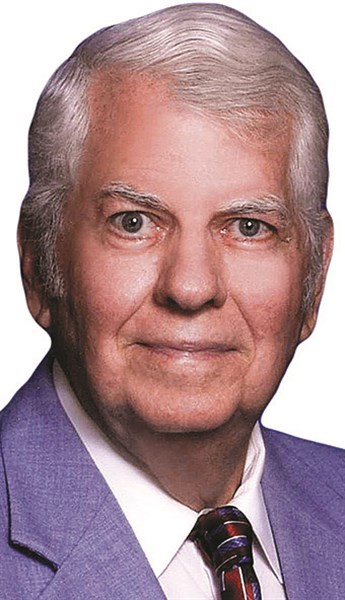 Eston Housand of Loris passed away on Saturday, Dec. 10 at Kingston Nursing Center in Conway following an extended illness. He was 78.
Born Nov. 14, 1938 in Loris, he was the son of the late Blune Housand and the late Ethel Prince Housand.
Mr. Housand served nearly 4 decades in the South Carolina Air National Guard as an avionics technician. During this time, he was called to active duty for the Berlin Crisis and Operation Desert Shield in Saudi Arabia. He retired in 1994 as a Senior Master Sergeant and was the supervisor of the Precision Measurement Instruments Laboratory at McEntire Air National Guard Base.
Mr. Housand had a passion for flying and was an instrument-rated private pilot. His next love was farming and enjoyed his “tractor-time” on the family land. He was an active member and Sunday School teacher at Mt. Vernon Baptist Church. He was a former president as well as Lion of the year in the Loris Lions Club, and was a dedicated member of the Loris camp of the Gideons International.
Survivors include his son, Chuck Housand and wife, Joey of Loris; step-grandson, Colby Stoker of Granada Hills, California; one sister, Lois Collins and husband, Nelson of James Island; sister-in-law, Barbara Housand of Georgetown, and many loving nieces and nephews.
In addition to his parents, Mr. Housand was predeceased by one brother, Dr. Hoyt Housand.
Funeral services were held at 2 p.m. Tuesday, Dec. 13 at Mt. Vernon Baptist Church with Pastor Rodney Hord officiating. Committal services were private.
Memorials may be made to the Gideons International, P.O. Box 93, Loris, SC 29569.
A guest register is available here.