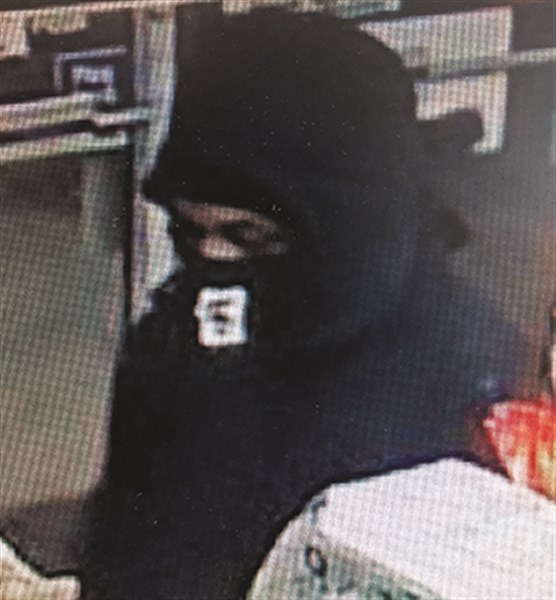 Do you know him?

Armed robbery on Friday the 13th in Longs has the Horry County Police Department looking for leads on a suspect captured on surveillance video, spokesman Lt. Raul Denis said Tuesday.
Long Bay Convenience Store at 1805 Hwy 9 Bypass in Longs was robbed at gunpoint about 10 p.m. Friday, Denis said in a news release. Police are asking that anyone who knows the identity shown in the surveillance video, or where he is, contact the HCPD Tip Line at 843-915-8477 (915-TIPS).
A clerk in the store told police that the man, dressed in all black with only his eyes visible, entered the store, pointed a handgun, and demanded money from the safe.
When the clerk said he could not open the safe, the robber demanded cigarettes, and was given several boxes, some cigars, and change.
The robber demanded car keys from the clerk, and left in the clerk’s 2015 Toyota Corolla with a South Carolina license plate, the report said.
For more on this story see this week’s Tabor-Loris Tribune in print and online.
Posted in News