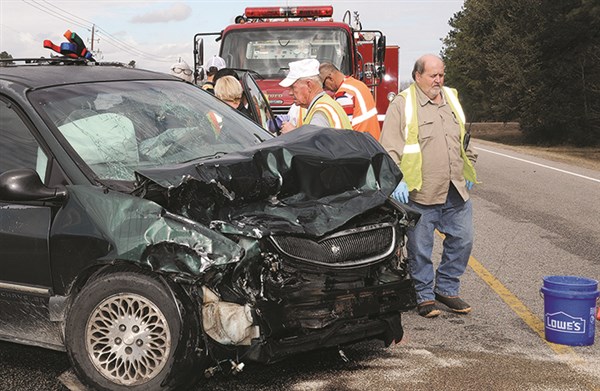 Three people were hurt in a two-vehicle collision on U.S. 701 Bypass at the north Burger King entrance during the lunch hour Friday.
None of the injuries appeared to be life threatening.
A four-door Dodge pick-up truck and older Chrysler Town & Country minivan were involved in the crash, the northbound minivan apparently making a left turn into the Burger King entrance, into the path of the southbound truck, Maj. Jerry Sarvis of the Tabor City Police Department said.
An investigation into the crash was ongoing as the injured were taken by ambulance to an area hospital.
For details on this story see the next Tabor-Loris Tribune in print and online.