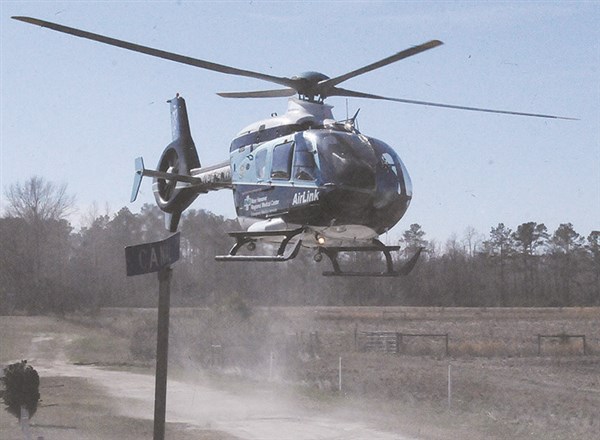 Multiple gunshots rang out on Miller Road Saturday morning, leaving one man injured and flown to a regional trauma center.
Several Columbus County Sheriff’s Office deputies and at least one detective were on the scene as an AirLink helicopter based at Columbus Regional in Whiteville lifted off about noon, taking the man who was conscious and talking to Grand Strand Regional Medical Center in Myrtle Beach.
Neighbors who heard gunfire were talking with deputies. It was not immediately clear if anyone who saw the shooting had stepped forward.
Miller Road was shut down around the 900 block, where the shooting took place. It has since reopened.
Look for more on this story in this week’s Tabor-Loris Tribune, in print and online.
Posted in News