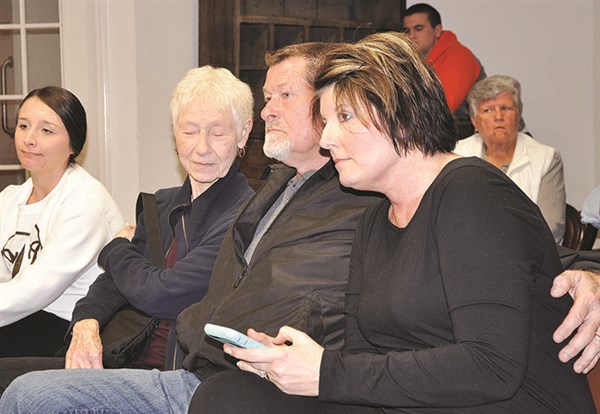 Todd Harrelson is flanked by his wife and mother as election results come in Tuesday in Loris.

Todd Harrelson claimed a clear victory in a special election for a vacant seat on Loris City Council Tuesday, besting Scotty Jacobs 164 to 66.
Neither man has run for public office before, though Jacobs indicated he might run again. The seat Harrelson claimed will be up for grabs again later this year, with city voters taking to the polls in December.
See more on this story in this week’s Tabor-Loris Tribune in print and online.