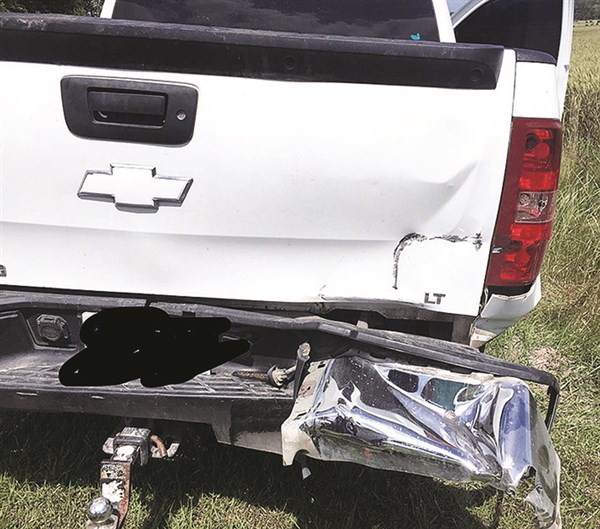 Eric Ward posted images of his truck on Facebook.

A case of parking lot road rage in Williams Township escalated into a highway altercation with gunfire and vehicles rammed Monday afternoon.
It was a violent encounter victim Eric Matthew Ward said was taking a heavy toll.
“This has frightened me,” Ward said Tuesday. “I was trying to get gas, and all of a sudden this crazy man is trying to kill me.”
Dexter Ray Cartret, 26, of CM Cartrette Road, Chadbourn, was charged with assault with a deadly weapon and discharging a firearm into occupied property following the 2 p.m. incident that began at the L&D Quick Mart, formerly D&D, on U.S. 701, just across FM Cartrette Road from Williams Township School.
For much more on Eric Ward’s violent encounter, and the forgiveness he extends, see today’s Tabor-Loris Tribune in print and online.