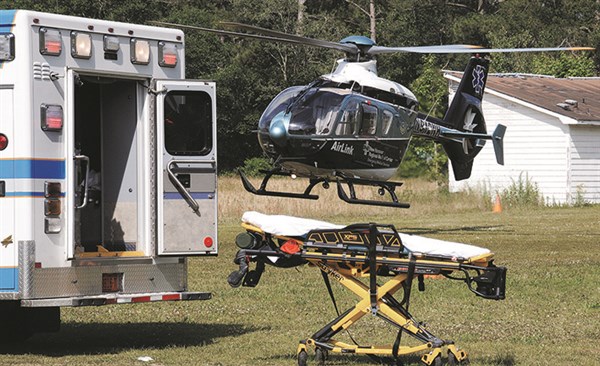 A single vehicle crash in the Guideway area prompted the airlifting of one man whose truck was on its side in a ditch.
Injuries to the man, alone in the four-door pick-up truck just west of Fowler Grocery on NC 904, did not appear life threatening.
Nakina Fire/Rescue crews were backed up by the Tabor City Fire Department.
Here, the AirLink helicopter lifts off, the stretcher that had held the injured man now empty.
Look for details in the next Tabor-Loris Tribune in print and online. – Deuce Niven, TLT