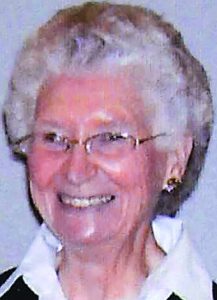 Born in Horry County, she was the daughter of the late Carlton Floyd Strickland and Ruby Jane Edwards Strickland.

She was the widow of Carlyle Watts.

In addition to her parents and husband she was preceded in death by a brother, Paul Earl Strickland; and a sister, Nedra Hardee.