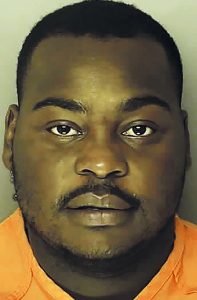 A Longs man has been charged with murder after an exchange of gunfire outside a Finklea area nightclub killed a Tabor City man, the Horry County Police Department said Wednesday.

Dimnique Lequan Bellamy, 23, was booked into the J. Reuben Long Detention Center near Conway at 1:40 p.m. Tuesday, charged with murder and possession of a weapon during a violent crime, an Horry County Police Department news release and mail records show.

Bellamy is charged in the death of Laquint Oneil Boyd, 37, of Tabor City. He died of a gunshot wound to the chest following gunfire at the PNR Club west of Loris, said Horry County Deputy Coroner Tony Hendrick.

Bellamy was taken into custody in Little River by “US Marshal Danile Spencer and his team,” the news release said.

Updates will be posted here as warranted. See the full story in the next Tabor-Loris Tribune in print and online.