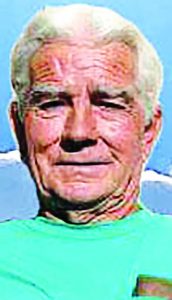 David Daniel Graham of Loris passed away on Wednesday, Sept. 20, at McLeod Loris hospital. He was 81.

Born on April 1, 1936 in Loris, he was the son of the late Charlie Vollie Graham and the late Isadora Johnson Graham.

Mr. Graham served his country with courage and honor in the U.S. Navy. After the Navy, Mr. Graham worked in equipment maintenance until his retirement and was of the Baptist faith.

In addition to his parents, Mr. Graham was predeceased by his three brothers, James Graham, Fred Graham and Horry Graham and one sister, Ernestine Hilburn.

Family will receive friends from 12:30 p.m. until the time of service on Saturday at Hardwick Funeral Home.