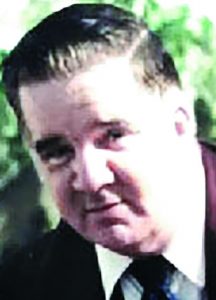 Robert “Bob” Nicola Gabriele of Loris passed away on Saturday, Sept. 23 in Loris. He was 73.

Born Nov. 17, 1943 in Boston, Massachusetts, he was the son of the late James Gabriele and the late Viola Cutting Gabriele.

Mr. Gabriele served his country with courage, honor, and distinction in both the United States Army and the United States Coast Guard during the Vietnam War. After the war, he dedicated his efforts to serve his community in law enforcement as well as being a volunteer fireman and EMT. He was the former Chief of Police in Harleyville, and a retired detective with the Dorchester County Sheriff’s Department. Mr. Gabriele was an excellent provider and a longtime active member of Harleyville First United Methodist Church. He will be most remembered by those who were blessed to have known him as a loving husband, father, grandfather, great-grandfather, brother and friend to all.

In addition to his parents, Mr. Gabriele was predeceased by his daughter, Diane Villa and his two brothers, David Gabriele and James Gabriele.