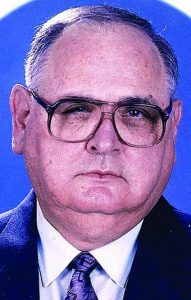 Born Aug. 17, 1935 in Loris, he was the son of the late Sumpter Marion Graham and the late Lola Dell Harrelson Graham.

Mr. Graham served his country with courage and honor in the United States Army. After the Army, Mr. Graham started as one of the original eight Horry County Police Officers and worked until his retirement as the Assistant Police Chief. He was also a farmer and a longtime member of the Pleasant Meadow Baptist Church.